Microsoft CEO Satya Nadella Speaks Out Against CAA, Says It Is ‘Sad… Bad’ 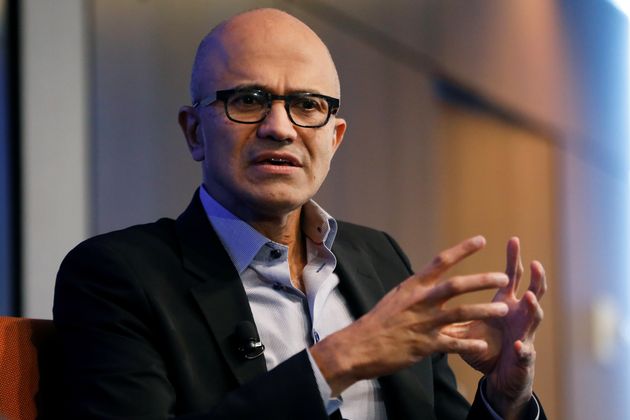 Microsoft CEO Satya Nadella called India’s Citizenship Amendment Act (CAA) “just bad” and told editors at an event in Manhattan on Monday that he would “love to see a Bangladeshi immigrant who comes to India and creates the next unicorn in India, or becomes the next CEO of Infosys.”

He made this statement in response to a question from Ben Smith, Editor in Chief of BuzzFeed News, who then tweeted Nadella’s response. “I think what is happening is sad… It’s just bad…. I would love to see a Bangladeshi immigrant who comes to India and creates the next unicorn in India or becomes the next CEO of Infosys,” Nadella said, according to Smith.

This comes after a continuing series of protests across India, some involving lakhs (hundreds of thousands) of protestors that gathered peacefully with slogans and posters and songs, in the face of Internet shutdowns, violent reprisals by the police, and the use of high tech tools like facial recognition systems to build databases of dissenters.

Nadella, who was born in Hyderabad in 1967, became the CEO of US-based Microsoft in 2014, and is often hailed as an immigration success story in India. Nadella is the third CEO of Microsoft after Bill Gates and Steve Ballmer, and is often credited with the reinvention of Microsoft as a company.

He, and Google (and now its parent Alphabet) CEO, are today two of the most powerful Indians in the tech world. Like Nadella, Pichai was also born in India—he was born in Madurai in 1972. He earned his degree from IIT-Madras, and then he too continued his education in the US, before joining Google in 2004.

Under Nadella’s leadership, Microsoft appears to have reduced its dependency on Windows, and turned to services ahead of rival Apple. Ben Bajarin, Analyst at Creative Strategies described it as a “much more open Microsoft […] open to new ideas, fresh thinking.”

Nadella’s statement is an important one as the tech community in India—often seen as apolitical—have also been a part of the protests, sometimes even risking their jobs just to turn up, as their bosses are often unwilling to sanction leave, or don’t want their companies to be associated with a political stance.

This is at odds with how many of those same companies have acted in the US—where, for example, Google co-founder Sergey Brin joined a protest at the San Francisco airport against US President Donald Trump’s immigration orders.

With Nadella voicing his criticism against the CAA, it will perhaps empower more tech workers in India to speak out freely as well, and voice their dissent.

END_OF_DOCUMENT_TOKEN_TO_BE_REPLACED

Indian groups in Britain protest against killing of Gauri Lankesh

BusinessLine Slam govt apathy over issue; warn of rising intolerance spreading to diaspora worldwide London, September 8:   Members of the Indian diaspora gathered outside the Indian High Commission here on Friday to protest against the murder of Gauri Lankesh... END_OF_DOCUMENT_TOKEN_TO_BE_REPLACED

By Sushil Kambampati The WannaCry ransomware attack raised perplexing questions, such as who was behind it, how did it get unleashed, and why the code was configured the way it was. The malware exploited vulnerabilities in Windows 7 that the US National Securi... END_OF_DOCUMENT_TOKEN_TO_BE_REPLACED

Emilia Clarke’s Tiny Puppy Is Her New Sun And Stars