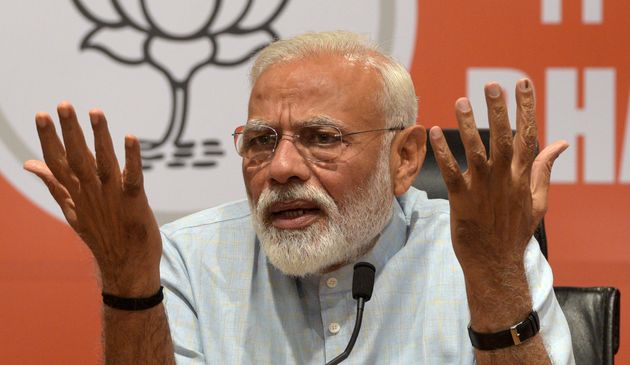 Prime Minister Narendra Modi reacting to the Supreme Court’s judgement on the Ramjanmabhoomi-Babri Masjid title case said that the verdict had brought in a new dawn for the country and the new India had no space for fear and negativity.

“Nae bharat mein bhay, katuta, nakaaraatmakta ka koi sthaan nahi hai (There is no place for fear, bitterness and negativity in the new India,” PM Modi said addressing the nation in light of the historic Ayodhya verdict on Saturday.

Modi said that after the Supreme Courts Ayodhya verdict, a new generation would have to a resolution to start building Indian from scratch. “The Supreme Court’s decision has brought in a new dawn for us.”

Modi thanked the people of the country for maintaining harmony and accepting the verdict unanimously. “The way that people of every class, every community, people of every sect have accepted the verdict with an open heart, that is the ancient culture of India. It reflects traditions and a sense of harmony.”

He congratulated the judges and said they deserve praise for the strong will with which the Supreme Court delivered the verdict.

Modi said, “Today’s message is to stay together and to live in harmony.”

Modi had earlier said the verdict should not be seen as a victory or defeat for anyone.

“The Supreme Court of the country has pronounced its verdict on Ayodhya. This decision should not be seen as a victory or defeat of anyone. Be it Ramabhakti or Rahimabhakti, this is the time for all of us to strengthen the spirit of Bhakti. My appeal to the countrymen is to maintain peace, harmony and unity,” he said.

He highlighted the need for judicial procedure and said this will reaffirm people’s faith in judicial process. Modi said, “This decision will further strengthen the confidence of the common man in judicial processes. In accordance with the spirit of brotherhood, we have to show peace and restraint for 130 crore Indians”

END_OF_DOCUMENT_TOKEN_TO_BE_REPLACED

BusinessLine Developments pertaining to the issue of Indian citizenship for Muslims from Pakistan, Bangladesh and Afghanistan have been the focus of both domestic and international attention in recent days. India has been admired across the world because of it... END_OF_DOCUMENT_TOKEN_TO_BE_REPLACED