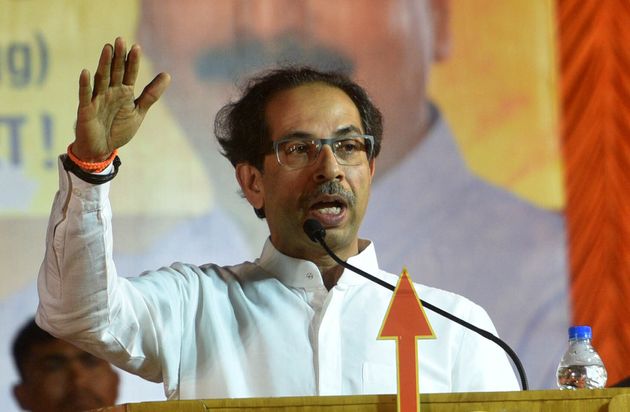 Speaking to reporters at his residence in Mumbai, Thackeray said, “I saw the press conference of Maharashtra’s acting Chief Minister and I am feeling worried. He said he didn’t know if we were with him all this while. Had we not been with him he would not have stayed this long. We never tried to stop the development of the state in the last five years. Shiv Sena doesn’t go back on its words. Many said we were in power and attacking the government but I did not care and raised people’s issue which is why the people of Maharashtra trust us.”

An extremely combative and visibly angry Uddhav Thackeray, who was accompanied by his son Aaditya in the press conference, did not even spare Prime Minister Modi.

“Lying in the garb of Hindutva is not correct. You align with PDP, Nitish Kumar, and Ram Vilas Paswan. You also go to Pakistan on Nawaz Sharif’s birthday and you say it’s fair. Shiv Sena criticised policy decisions. We never attacked Amit Shah and PM Modi individually,” Thackeray claimed, reacting to Fadnavis’s allegations that Shiv Sena attacked the BJP leadership.

The Shiv Sena chief also claimed that Shah wanted to improve relations between the two alliance partners before the Lok Sabha polls.

“I did not go to Delhi before the Lok Sabha polls. Amit Shah and Fadnavis came to me. It’s true that I had stalled the negotiations for some time. I had promised my father that a Shiv Sainik (Shiv Sena leader) would be the state chief minister. I told them (Shah and Fadnavis) I intend to keep that promise and that I don’t need their help and left the negotiations. Then Amit Shah called me and said whoever gets more seats (in the Assembly polls) will get the Chief Minister’s post. I told him categorically that I want an equal share of power and that includes the post of the Chief Minister and he agreed.”

“Then Shah came to my home and said he wanted to improve relations (between BJP and Shiv Sena). I told him to convey our agreement to Fadanvis, who said he won’t be able to make it public. When we say sharing posts, it includes the Chief Minister’s post. I don’t need BJP’s certificate. They have tried to backstab us by talking sweet,” the Shiv Sena chief added.

The acting Chief Minister, in his press conference, blamed the Shiv Sena for the stalemate and said Uddhav Thackeray did not even take his calls. The Sena chief conceded that he stalled dialogue with the BJP after 24 October assembly poll results and did not even take the calls.

“Fadnavis is a close friend of mine. I had supported the government because he was Chief Minister but I did not expect this from him. I stopped discussions (on government formation) when he said nothing was decided on sharing the Chief Minister’s post. I could not have faced my party. Bal Thackeray’s son won’t lie, I am not a BJP man (to lie),” he said and added that Fadnavis’s statement was “painful” for him, but he still doesn’t consider BJP an opponent.

Uddhav Thackeray also went on to attack the BJP for demonetisation. “They have lied from Achche din to demonetisation and people know that. I settled for fewer seats and understood their concerns before assembly pools. Was it my mistake? I have never criticised Modi. The Prime Minister has called me his younger brother twice,” Uddhav Thackeray said.

Pointing out how the BJP aligned with Dushyant Chautala in Haryana who had criticised Modi, Uddhav Thackeray said,  “I never thought the lust for power will go to such level. I think we went with the wrong people. The RSS is a genuine Hindutva organization and I respect it.  The RSS should look at what BJP is doing. I am surprised when the Chief Minister says he will form the government despite not having a majority. If you can explore that option, why can’t I?”

The Sena chief also insisted that the party’s options are open. “We have seen your theatrics in Goa, Manipur and Kashmir. Yes, I did not speak to you and I won’t speak. Were you tracking us when you say we were speaking to NCP and Congress? They (BJP) should stake claim to form the government, but our options are open. The understanding (of equally sharing power in the state) was reached upon in my late father’s room at my home,” he claimed.

He also accused the BJP and Fadnavis of going back on its word on the Nanar project in the Konkan area of the state.

“They have gone back on Nanar project. They can even bring back Article 370. Nobody trusts your words. Take a pledge to keep the alliance intact. They can’t even take credit for Ram Temple as the issue is being sorted out by the Supreme Court. I stopped dialogue when I was accused of lying. Bal Thackeray’s son can’t lie and the state knows that. If they keep on saying that I lied, I won’t have any relation with them.”

Uddhav Thackeray reiterated that a Shiv Sena leader will become the Chief Minister and he does not want anything apart from what was already decided. “Rather than deciding on who will be the CM,  Maharashtra should first decide who is lying and who is not. My family never lied and it’s not in our blood. The acting Chief Minister should stop efforts to create confusion,” Thackeray shot back while clearly indicating that the alliance with the BJP is on the brink of breaking.

END_OF_DOCUMENT_TOKEN_TO_BE_REPLACED

Foreign trade in a tough neighbourhood

BusinessLine Improving economic ties with smaller neighbours was one of the major objectives of the Modi government. The government’s outreach to its neighbours included initiatives such as Prime Ministerial visits, resolving long pending issues like Land Boun... END_OF_DOCUMENT_TOKEN_TO_BE_REPLACED

BusinessLine The other day, after reading an article on the importance of having medical insurance, written by one of this paper’s knowledgeable personal finance writers, I was alarmed enough to search for potential medical insurance options available to someo... END_OF_DOCUMENT_TOKEN_TO_BE_REPLACED