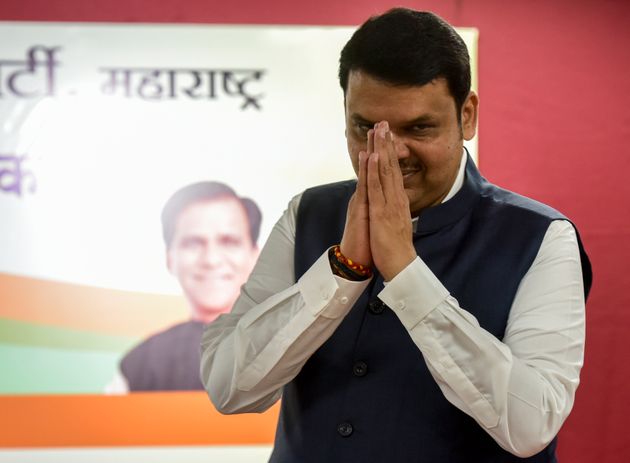 NAGPUR, Maharashtra — Devendra Fadnavis on Friday announced his resignation as the Chief Minister of Maharashtra as the deadlock over government formation in the state entered its 15th day since the assembly election results were declared on 24 October.

The five-time MLA from Nagpur south-west submitted his letter of resignation to Maharashtra governor Bhagat Singh Koshyari at 4.25 pm.

Fadnavis’s resignation came on the day when Shiv Sena sent its MLAs to a hotel near Uddhav Thackeray’s residence and a Congress MLA claimed that he was made an offer by some “elements close to BJP” to shift loyalties.

The term of incumbent Maharashtra assembly ends tonight and the state is likely to see a short spell of president’s rule after Thackeray refused to back down on his demand for the post of the chief minister.

Union Minister Nitin Gadkari, who is considered a rival of Fadnavis inside the party, reached Mumbai early morning on Friday and held meetings with BJP leaders, who were sidelined by Fadnavis before the election.

The Shiv Sena chief is taking every effort to ensure his MLAs are not poached. Forty out of 56 Shiv Sena MLAs are currently in the Rang Sharada Hotel in Bandra area of Mumbai which has now been surrounded by Shiv Sena workers and officer bearers.

The BJP emerged as the single largest party in the recently concluded Assembly polls winning 105 seats. Its ally Shiv Sena got 56 seats. The NCP and the Congress won 54 and 44 seats, respectively.

END_OF_DOCUMENT_TOKEN_TO_BE_REPLACED

BusinessLine He would give anything to get the Mumbai Privileged Committee on his side, if only that were possible Mantriji looked up from the clutter of financial dailies spread over his large mahogany desk as the Mukhya Aarthik Salahkar strode into his chamb... END_OF_DOCUMENT_TOKEN_TO_BE_REPLACED

Trump’s impeachment may not stop his re-election

BusinessLine   December 18 just went down in history as the day Donald Trump became the third American president to be impeached by the US House of Representatives, after Andrew Johnson (1868) and Bill Clinton (1998). Richard Nixon resigned in 1974 before faci... END_OF_DOCUMENT_TOKEN_TO_BE_REPLACED