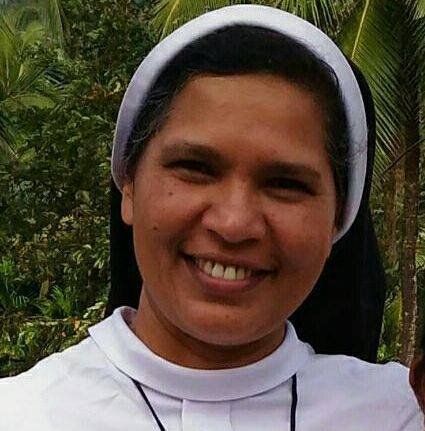 It was in 2015 that Sister Lucy Kalappura﻿ first wrote to her church authorities, asking for permission to donate one of her kidneys to any poor person who needed a transplant. At that time, she got along well with her superiors and the Franco Mulakkal rape case—which would soon shake the global Catholic Church—had not come to light yet.

Even then, the response was discouraging.

“The authorities were silent about my demand and refused to reply even to my written requests. One of my superiors personally told me that organ donation involves huge expenses and it would be a huge financial liability for the church to safe-keep my health post-organ transplantation,’’ Kalappura told HuffPost India.

While the Catholic Church is not against the concept of donating one’s organs, no priest or nun in India had taken such a pledge so far.

Kalappura’s decision made national headlines not just because of the substance of it, but also because she has been in the news for her stringent critique of the Church’s handling of the Mulakkal case. Earlier this month, she was expelled from her congregation because she “failed to give a satisfactory explanation” for her lifestyle. Her crimes included publishing poems, buying a car and, of course, participating in protests against Mulakkal.

In June 2018, a nun from a convent in Kottayam’s Kuruvilangad filed a police complaint, accusing Mulakkal of sexually abusing her multiple times between 2014 and 2016. A small group of nuns began a protest, risking the wrath of their community and families to get justice for their colleague.

Their efforts paid off when the Kerala police finally arrested the then Jalandhar bishop on charges of rape.

But HuffPost India reported in July that almost a year later, the case against Franco was dragging on, while the nuns who took him on faced isolation within their congregation.

Kalappura, who has been a nun for more than three decades, belonged to a different congregation, but joined the protests out of anger at both the details of the case as well as the lack of support for the protesting nuns.

Expulsion was just one of the threats dangled in front of Kalappura, who continues to live in the Mananthavady convent in Wayanad. She resisted attempts to lock her up inside a convent room and told a Malayalam newspaper recently that when she noticed that CCTV cameras had been set up to monitor her movements, she sang her favourite song and “gently danced to its tune” to show that she was not scared.

She was also told that her body would be buried in ‘Themmadi Kuzhi’ (a rough translation would be ‘scoundrels’ grave’) after her death.

“It was an old practice in the Kerala unit of Catholic Church to keep some space outside the cemetery of each church for burial of those who rebelled against the church and those who committed suicide. Relatives can simply bury the body there without any religious ritual and such spaces are known as Themmadi Kuzhi,” said Kalappura, who teaches at a local school.

While public pressure made the church stop this practice, the nun said she was warned by a section of church authorities that they would revive it for her.

“I don’t want to go to such a grave and I have already decided to donate my body to the medical college in Kozhikode for surgical and anatomy-related studies,’’ she said.

Donating one’s body for science is not against the Church’s policy, she said, pointing to Pope Francis’s remarks in 2014 on the merits of organ donation.

She is, however, clear that her decision is not a tool to attack the church.

“Renunciation is the key of entering into celibacy and we have the obligation to dedicate ourselves for the betterment of others. I am using my mind and health for the service of others. Tomorrow, my dead body too would become beneficial to others,’’she said.

Her next plan? To campaign in Kerala and outside about the benefits of organ and body donation.

END_OF_DOCUMENT_TOKEN_TO_BE_REPLACED

ShareTweetShare on Google+Pin on PinterestSend with WhatsApp
3 recommended

END_OF_DOCUMENT_TOKEN_TO_BE_REPLACED

BusinessLine Towards the end of 2018, when the results of the Lok Sabha elections were still in the realms of speculation, a financial market intermediary let it slip inadvertently that he was surreptitiously planning to move the infrastructure installed in Gu... END_OF_DOCUMENT_TOKEN_TO_BE_REPLACED

All you wanted to know about Operation Twist

BusinessLine Since last week, a fascinating code name has been trending on the Internet — Operation Twist. Rolled out by the RBI, this seemingly secretive mission is all set to ignite the bond market — without the use of any fireworks, that is. As the name sug... END_OF_DOCUMENT_TOKEN_TO_BE_REPLACED